Book a Table
See our Menu

The best smoked beef brisket is tender, juicy and cut-with-a-fork soft. Typically cut from a lower part of the breast or chest from a cow, smoked brisket when smoked becomes soft and full of beefy flavours.

To create smoked brisket cook it low and slow which draws the flavours out turning it into a tasty tender cut of meat.

Smoked Brisket is soft unlike the original cut of brisket. When smoked, brisket becomes one of the best cuts of meats. An unusual cut in Australia, very common in the US, the best place in Australia for smoked Brisket is Third Wave Cafe. Seriously tasty meats, when you taste this brisket you’ll realise it is a cut above the rest (pardon the pun).

Watch our video of Beef Brisket from our Youtube Channel!

The best way to cook beef brisket is the low and slow method. Otherwise the brisket can turn tough. This is because the of the cut of meat which is the lower pectoral of the cow. The cut is tough because it is actually a quite well exercised part of the cow. This is why world wide it is best suited for low and slow cooking, otherwise it is ROUGH and TOUGH, which is undesirable for such a delicious cut of meat. Brisket is a part of Southern history. However, it actually originated as Jewish cuisine. The Ashkenazi Jewish community started cooking brisket in Central and Eastern Europe. It was cooked at the celebrations of Rosh Hashanah, Passover, Hanukkah and Shabbat. They were the first to smoke brisket in the united states.

Book your table today
Or view the menu 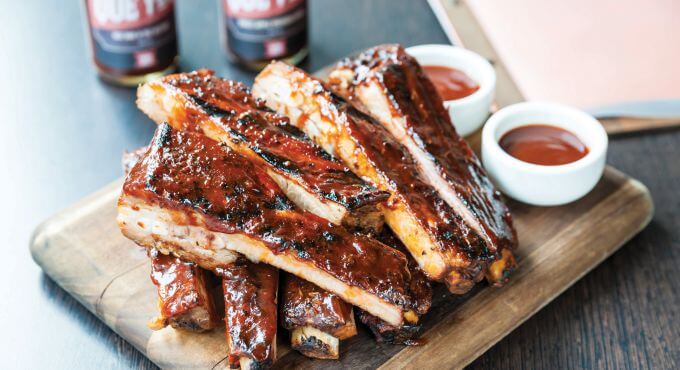 Third Wave Cafe started as a trendy inner Melbourne café with an aim to grow and so we did. After 9 years, we are one of Melbourne’s favourite American BBQ restaurants with a huge emphasis on slow-smoked meats and burgers.

See our Menu
Book a Table